Dishwashers are responsible for ensuring the cleanliness and sanitization of dishes, tableware, glassware, pots, pans, and utensils through manual and machine cleaning methods. Additionally, dishwashers are expected to keep the dishwasher area clean and safe 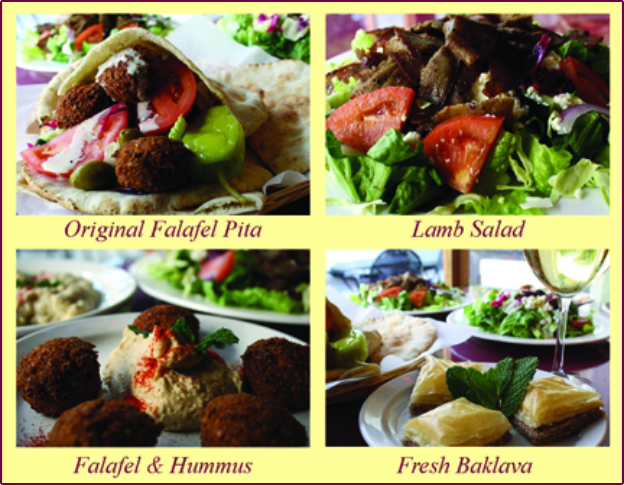 Falafel…Hummus…Baba Gunooch. These Middle Eastern dishes are as delightful to pronounce as they are to eat. And healthy too!

For those whose palates are as yet unacquainted with the pleasures of these and other Middle Eastern specialties, The Small World Restaurant, located at 928 Coombs Street in downtown Napa, is the perfect setting for an initiation into a whole new world of flavors and textures. Those of you who have already savored this exotic cuisine will be pleased to know that the menu at The Small World Restaurant features the real thing.

Chef / Owner, Michael Alimusa has brought with him from his native homeland of Nazareth, Israel, a repertoire of traditional recipes handed down to him by his father, Jaber Alimusa, proprietor of the Israel Restaurant, one of Nazareth’s most popular dining establishments.

Along with the authenticity of the food itself, Michael Alimusa has also captured the unpretentious, old-world atmosphere of the cafes back home. “The way I created the Small World Restaurant, I made it like the shops back in Israel…..every corner has something in it.” One regular describes it as, just like eating in downtown Tel Aviv on a warm summer evening.

The main entrance, an old-fashioned screen door, paired with a more substantial glass-paned one, leads right into a walk-up counter for placing your order. The entire operation (except for a small pantry in the back) is fully visible from the counter; a feature which Michael Alimusa feels is a significant selling point for his restaurant. “One thing that we do differently is that we cook the food in front of everybody. We don’t hide in the kitchen. Anyone can see what we do.”

The atmosphere is light and airy, with high, skylit ceilings and checkered tablecloths. An arched passageway leads into the space next door, which has been recently renovated and expanded into an adjacent dining room. It features a small lunch counter overlooking Coombs Street, and there is also seating for eight at two sunny sidewalk tables outside.

One frequent patron describes The Small World Restaurant as “a real asset for downtown Napa. Excellent food, great service, and a cozy atmosphere. Just like home.” And another says, “I call it Mike's Place. Good food, good people. Mike and his family are very caring people.”

As its name implies, The Small World Restaurant features multi-national dishes, with a strong slant toward the Middle East. What is it that makes his food so healthy? Michael Alimusa replied emphatically, “It has hardly any fat, it’s made mostly of freshly prepared vegetables, the sauces are light, and we fry only with canola oil.”

With such a varied menu, there is surely something to please every palate, but the favorite certainly seems to be the falafel. “You can’t get bored with falafel. I have customers who have been coming here for falafel every day for over two years.” The Small World Restaurant offers a variety of falafel specialties which Michael Alimusa feels are unique in all the world. According to one of the locals, “The diversity of food at Small World has kept us eating here for years.”

People even come from out of town to eat at Small World. “Anytime I’m in Napa around lunchtime,” says one regular patron, “I go to Small World for a Lamb Gyro or a Chicken Hummus Platter. I enjoy the friendly greetings and watching Michael’s children grow.”

When asked about his philosophy of food and the message he would like to convey to our readers,Michael Alimusa replied, My philosophy of food: You eat good, you live good. As for the people of Napa Valley, I want them to live longer and to watch what they’re eating. Try healthier food. Try us out.